It isn’t often I finish a book and list it as a “favorite”, but Songs of a Dead Dreamer and Grimscribe by Thomas Ligotti are now amongst my favorite collections of short stories.

I received the combined volume, released as part of the “Penguin Classics” series, as a gift. I’ve been working my way through it over the past few months and I can finally sit down to pen a review. Now if only I can figure out where to start…

Everything about these books is dense. Dense prose, dense concepts, even a dense foreward by Jeff VanderMeer. His description of Ligotti’s work is both praise, and a warning to the reader. I only came to understand it after finishing the books.

At a fundamental level, Ligotti’s writing is weird horror. By “weird” I mean the style of horror that invokes nihilistic cosmic dread, in the Lovecraftian vein. Light on gore and overt scares, it leaves you with a disturbed sense of uneasiness and disillusion. Recurring themes of puppets, dreams, clowns, and inescapable fate are threaded through both books, as are images of strange worlds that exist just behind the facade of our own reality.

Ligotti’s prose is exquisite and intimidating. He’s not afraid to use fifteen words when he only needs three. Between this and the themes of raw existential horror that permeate his work , I call this “literature”. 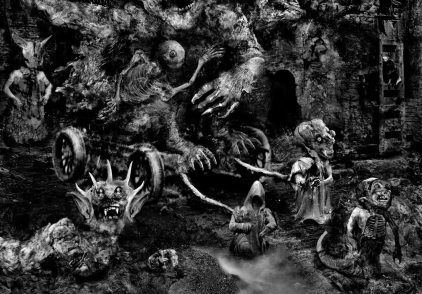 I’d put up this collection as proof the horror genre can transcend pulp stories, and be considered actual literature. Tales like “The Last Feast of Harlequin” and “The Shadow at The Bottom of The World” are masterwork short stories. These aren’t monsters and aliens like Stephen King or Dean Koontz provide to you. There is something fundamentally unnerving about Ligotti’s tales that gets to the core of human existence, in all of its absurd horror. Decayed urban landscapes, inevitable death, and bizarre untrustworthy narrators abound.

Of the two books, Grimscribe is the stronger and more even-handed. I enjoyed a number of the stories in Songs… but they were of varying quality. Grimscribe feels much more confident and uniform. His use of dark, ironic humor is also better honed in this second collection.

I would recommend Songs of a Dead Dreamer and Grimscribe to readers who normally don’t like horror, but enjoy traditional literature. However, I would NOT recommend it to horror fans who enjoy a more straightforward, tangible, “pulpy” genre style. These stories are literally tiring. Every new page greets you with a wall of words, and very little white space. They demand full attention, and the thought provoking concepts they present take time to mull over and unpack. It’s no wonder it took me almost three months to get through roughly 450 pages.

That said, these stories are worth the investment for anyone who enjoys tales of dread and existential horror. They’re the kind that stick with you and rattle around in your head for days after you read them.

Just a short post to show off my new author logo created by artist and designer Anna Short. I’m very excited to finally share this.

I have used ole Bob Dobbs there for quite a while, but for those who don’t know he is actually the mascot of the Church of The Subgenius. I needed something original, but wanted to maintain the mystique of eschewing a traditional author head shot.

Anna to the rescue!

I feel like the slime really gives it some extra je ne sais quoi.

Hot on the heels of “The Weak Word Checklist”, another great post by K.M. Allan with an “Active Word” checklist. Another one to bookmark for reference when you’re re-writing those drafts.

Sometimes when writing, especially when you’re first starting out, you have no idea what words are making your prose non-active. You’re just writing, using the words that sound right.

It’s not until you see the difference creating an active voice makes to your story that you understand why it’s a tried-and-true recommendation. Take the following sentences, for example…

Non-Active: When her gaze crossed the entrance, she couldsee someone standing in the middle… 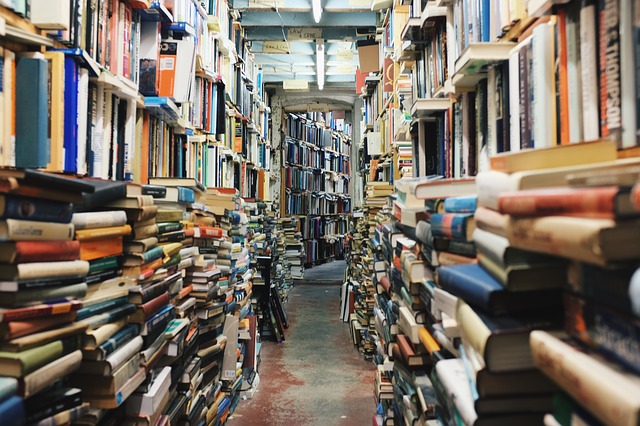 There are great books and not-great books. The joy of a great book is getting swept up in the narrative so that we forget the laundry that needs doing, the garden that needs weeding, the kids that need watering (kidding/not kidding). Thing is, when we get swept up in a book, it can be hard […]

Another great post from K.M. Allan. This is a good resource to bookmark and re-use whenever you are editing a piece.

Not all words are created equal, and as a writer, you can devote many hours to finding the perfect one.

While playing with word choice and re-writing sentences until you get them just right can help capture what you’re trying to invoke, a weak word can do the opposite.

But how do you know which exact words will pull the strength from your sentences? That’s a skill you’ll learn to develop as you grow as a writer. In the meantime, the following checklist is a good place to start.

Use your Find/Search function to scour your MS for the following words.