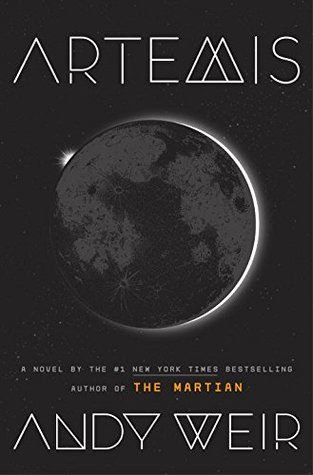 Andy Weir’s THE MARTIAN was a breakout hit. The originally self-published book went on to sell millions of copies and become a popular motion picture. His follow up ARTEMIS, while having sold well, really doesn’t live up to the quality of its predecessor

Artemis holds the unsavory distinction of the first DNF (Did Not Finish) book on my 2018 reading list.

An action-packed science fiction tale of smuggler “Jazz” Bashara who lives in a space station on the moon, it is much more deeply rooted in fantastical science fiction than The Martian was.

I enjoyed The Martian, with all it’s clever Macguyver-on-Mars moments, and the tension it built around primarily one character.

Artemis, on the other hand, fell flat. Getting to the point, it’s just not a well written book. It’s a successful book, but not a well written one. The dialogue is stilted, the pacing is inconsistent, and while the protagonist is enjoyable enough, Weir cannot help himself from inserting pseudo-science (or non-pseudo-science) lectures into the narrative roughly every three minutes. Even during action scenes. It just feels completely unnatural that someone in high-tension, life or death situations would stop to deliver a lesson on altered gravity. It worked well in the context of The Martian, but not here.

The other issue that stuck out to me (and this one is debatable) is the books “diversity”. It had a diverse cast which is great, but Weir’s references and description to physical appearance, clothing, and culture are extremely shallow and don’t really serve to enhance any of the characters or their stories beyond face-value. It felt pandering and that Weir didn’t particularly care outside of completing a checklist that included “don’t make your MC another white dude in space”. I’m not an expert in genre novel diversity, and while I applaud the attempt, something about the execution felt off.

I listened to this one on audio book, and made it about halfway through. That’s why the review ends here.