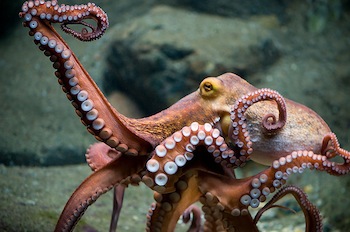 Multitasking is a gimmick.

There was a time back in the late 1990’s to early 2K’s, right around when people started becoming hopelessly addicted to the internet and mobile devices, when multitasking became the darling of the corporate world. This has since continued to seep into the social fabric and shorten our collective attention spans.

I could write an essay on the negative effects of multitasking in the workplace or that certain studies even propose that it hurts your brain, but this is a writing blog, so I’ll focus on how it detracts from your writing and why you shouldn’t do it.

This one seems like kind of a no-brainer (humor?) but some of you might not know that the human mind is only wired to perform one thing at a time. Shifting between tasks, no matter how small they may seem, causes a sort of “reset” mechanism to go off and the lag/static it creates pulls you from the task at hand. Not only does this cause you to waste time and energy by needing to re-focus on the original work, but it increases the risk of making errors. When it comes to writing, that means more editing later on. Nobody likes more editing.

Constant multitasking actually has the effect of making you process information using the anterior part of your brain. You essentially begin to “skim” everything, which is terrible for creativity.

How To Stop Multitasking.

It’s not easy. Our world is now full of constant distractions. Here are some of the easiest ways to stop multitasking.

Some people swear by writing in “sprints” or using something called the “Pomodoro Method”. If this method works for you to shut out distractions and focus, then by all means use it. I’d suggest spending a couple bucks on one of those plastic timers in lieu of a Stopwatch app to avoid the temptation of the small screen.

Like anything, breaking the habit of multitasking takes time and effort. Make it a 30 day goal, and start small. Eliminate all distractions and just write for 5 to 10 minutes the first week. Double that the week after, and so on. Season to taste based on your level of willpower.

After gaining the discipline to write without distraction I definitely noticed an increase in my daily output. Plus, as I let my brain become fully immersed in the writing, I seemed to find my “flow” more often. Getting to that magical place where the words just seem to spill out onto the page is worth more than any tweet or FB post you could possibly “Like”.

Are you a multi-tasker or a “mono-tasker” when it comes to your writing? Share your thoughts in the comments below, but only AFTER you’ve hit your word count goal for the day.

Now get out there and accomplish more by doing less!